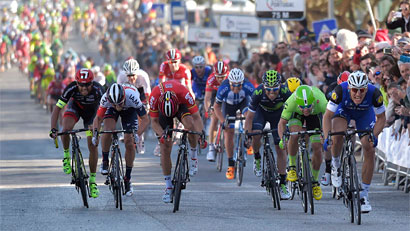 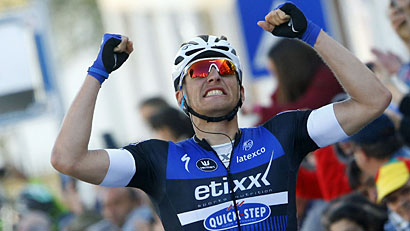 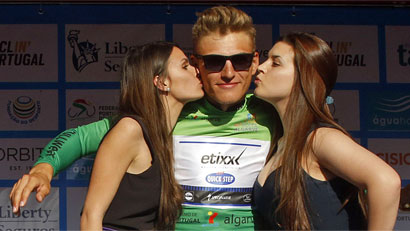 2016-02-20
Second win here in Algarve. I am of course super satisfied. The stage course was good for me. The climbs were pretty much near the start, so the GC rider team didn’t really have any ambitions there, because it was simply still too far to the finish. So we let a few guys get away and then controlled the field. The headwind was also helpful, because it worked against the guys in the break group. The final kilometers were pretty confusing, with a lot of cars on both sides of the road and a lot of cracks in the asphalt. We lost each other momentarily. But Fabio Sabatini brought me back into position about 1.5 kilometer before the finish line and also gave me a fantastic lead-out and sent me on my way with about 200 meters to go. I think that with a lead-out like that anyone could have won – even my friend Tony with his really strong acceleration ;-)

But what was really impressive, was how Fabio escorted me. It was pretty slick in a roundabout before the finish and it seemed like he drifted about ten meters with his back wheel. I thought he would sweep us all away. It was like an action film. A really great finale!

And tomorrow we will once again give our all for Tony, so that he can take the yellow home.