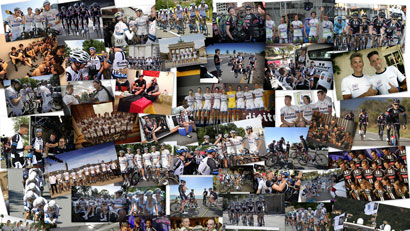 The way is clear

2015-10-02
After a season of illness, especially the virus direct at the start and the missed races such as the Tour de France, I have a year behind me which from a sporting aspect I can only consider a major setback. I have some bad months behind me, which were emotionally very difficult. But even difficult situations are good for something and they bring to daylight truths which can be uncomfortable, but out of which one grows and from which one must draw conclusions. In addition to my personal experiences I have also realized that Team Giant Alpecin has changed and wants to go in a new direction. The focus on the GC brings of course a new direction to how the team is composed. For me as a pure sprinter there comes the question, of whether my ambitions will be given enough room. In the end, we were not able to agree on the definition of our goals. I haver therefore decided to change teams.

I look back thankfully to a successful time, in which both the team and I grew together. We celebrated some great wins. I could give the team management the yellow jersey at the Tour de France twice and eight stage wins. I especially want to thank the riders with whom I have celebrated these successes and who selflessly worked for me. Thank you! That was something great and something special, the way we all got along. I enjoyed being underway with you all. True friendships have come out of it.

I especially want to thank my fans, of course, who not only euphorically celebrated my wins with me but also some of who also even adopted my hair style ;-) You have always stood behind me and given me strength when things didn’t go as wished. You are great and I promise that we will again have reasons to celebrate again in the future.

As to where my way now goes, well, my new team and I will make that announcement soon.