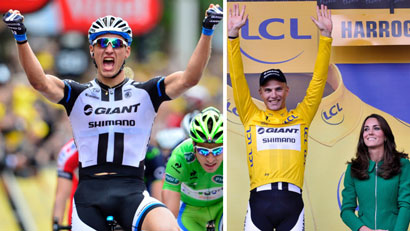 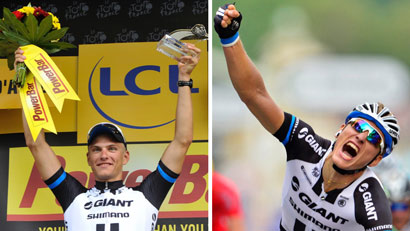 The dream is over

2015-06-25
There won’t be any pictures like this of me this year. My team has not nominated me for the Tour de France. I am very disappointed, because I have done everything possible the last few weeks to get back in shape again. There was obviously not a lot of time and at first I was not sure whether it would work at all. My form was terrible, you might say non-existent. The virus weakened me totally. Unfortunately I kept on going out of a false ambition, and just got worse. But still I have tried to stay as relaxed as possible and to believe on my strengths. Now I am back, not yet stabile but fit. I am proud that I could fight my way back to this high level after this virus. That I could not bring in any results at the ZLM Tour is also due to the fact that I was just back from altitude training in the Sierra Nevada. That always affects the form.

Of course, after this long pause,the team is uncertain as to how long my form would hold at the Tour. But then again, nobody knows what would have happened if I would have started. There are several good chances for sprinters at the Tour.

Now I must live with this decision. Hopefully I will find new goals for the remainder of the season. At this point, however, I don’t really know how to make up for this disappointment. I am still too busy coping with the effects of this decision. Of course I want to show again this year what I can do. It’s just that the Tour is always so important.

I find it particularly difficult that I can’t start, because the ARD (German television) is again reporting from the Tour this year. I have fought for a long time, really engaged myself, that the German cameras will be focused on us again. That make me proud. I would gladly have presented myself on German TV to my many fans, who have seen my eight stage wins and me in the yellow jersey on other networks. We will just have to put that off.

Not being nominated is without doubt the most difficult time of my career. The forced pause this spring was already not easy. Although there were times I wanted to just throw in the towel, I tried to stay strong and find a way. This is just another blow to me, that I didn’t earn my team’s trust for a Tour nomination. It is not a good situation but on the other hand, instructive. I will learn to cope with it and thereby I will also grow.

Despite the bad news I want to thank all my fans, friends and supporters in this difficult time for their encouraging words and help. That always helps to remind me that the fight is worth fighting, even at the hardest of times. Actually, it is like cycling: When things go downhill, then sometimes they must go uphill again! And in this case, going up hill is actually a good feeling, for once.

I wish the guys on the team a great and successful Tour.