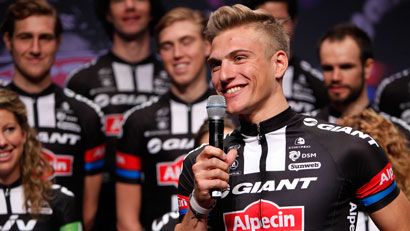 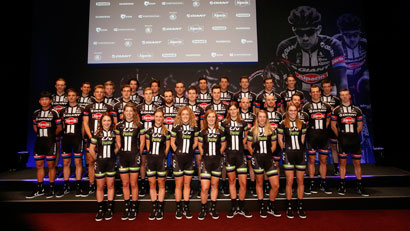 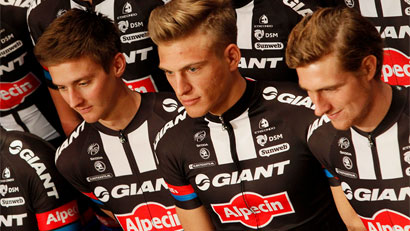 2015-01-07
It’s hard to do, but I am trying to keep myself awake. In a few hours we will fly to Australia, and I want to sleep on the plane, so that I can get used to the time difference. But my eyes keep closing, because I and the team had such a big day.

We had our team presentation today in Berlin. More than 100 journalists were there, which was a lot more than we had a year ago in Rotterdam. I think that even the journalists were overwhelmed by the crush. For us it was overwhelming, nice but strenuous. I gave interviews non-stop for 2 hours and 40 minutes. And before that I had been a guest on the morning tv news show. It was almost as difficult as a mountain stage. I almost fell asleep in the shuttle on the way to the Berlin airport. Now we are in Amsterdam and in a few hours we will fly to Australia.

By the way, the presentation was in the French embassy, which offered us a great atmosphere. However, in light of the attack in Paris on the satire magazine "Charlie Hebdo", with 12 deaths, it was rather depressing. What a horrible thing, and my condolences to those left behind.

Now it is time for me to keep fighting against the sleepiness. I will report again from Down Under.

And what do you think of our new outfit? I like it.