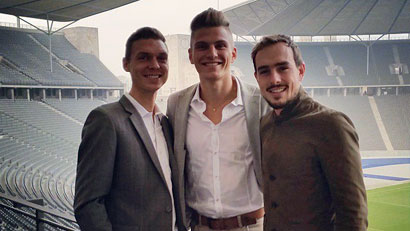 2014-11-15
At the invitation of German Justice Minister Heiko Maas, I was in Berlin this week and was one of the first to sign a draft of the anti-doping law.

I am happy, that we, as the young generation of cyclists, are receiving help from the stage in our attempts to give cycling a clean image. We depend on this support. It is time that not only doping athletes, but also those behind the scenes and suppliers are also punished.

I hope that the public appreciates this action and our efforts for a clean sport. The feedback that I have received so far is at any rate very good.

Tony Martin, John Degenkolb and top athletes from other sports were also in the Berlin Olympic Stadium, where we signed the draft law.