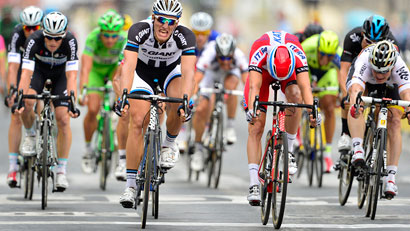 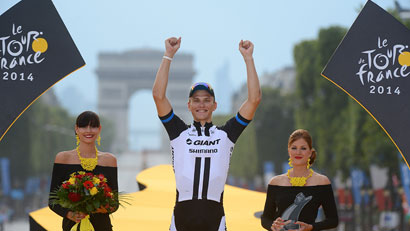 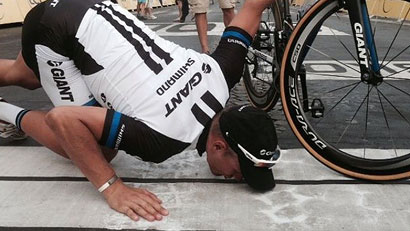 What a super Tour!

2014-07-28
Four stage wins, the yellow jersey, the green jersey and winning both the first and last stages – what a super Tour!

Yesterday’s win made me really happy all over again. It is an indescribable feeling to win in Paris. The euphoria among the fans and our team was overwhelming.

But it was another bit of hard work. I had planned to really go about 250 meters before the finish line because this time there was a headwind at the finish. But then Kristoff came up very fast from behind and at first I had trouble getting up to the speed he was already going. Well, fortunately I was able to go even better ;-) The buys did another super strong job. At one point I thought we had lost Tom but when he went past me, I knew that we could do it. Thank you to the whole team. Words cannot adequately express my appreciation for your work. I am proud of all of us.

As a team we have even topped last year’s Tour. We again won four stages were second three times, and held both the yellow and the green. Simply fantastic. And later of course we celebrated it properly in a club until early morning...