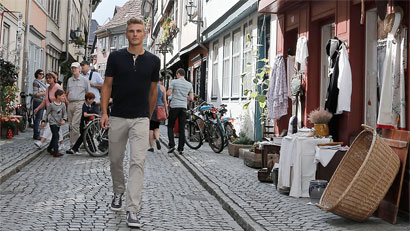 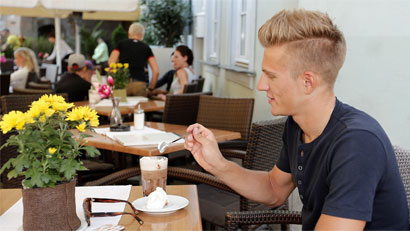 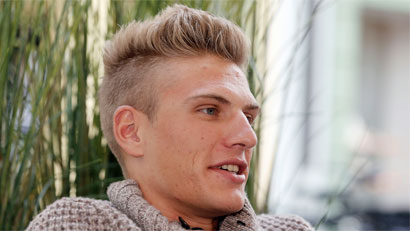 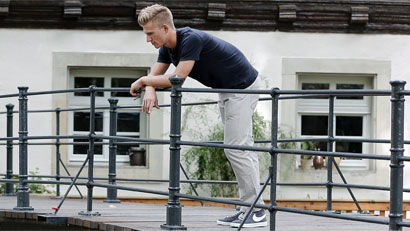 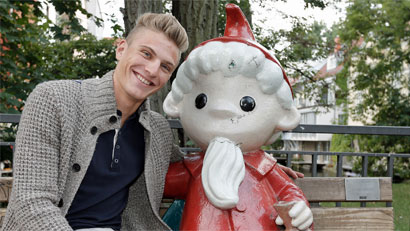 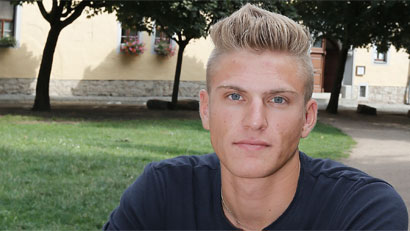 It was no surprise to my family that I became a pro cyclist, because my father was not only a good cyclist as well, but also a very good sprinter. But my strong need for activity didn't lead me to the bike immediately. Until I was 13, I did track and field for the SG Motor Arnstadt. My mother had been a high jumper, and I doubt that I inherited her talent. When I finally discovered cycling, I knew: this is my sport!

And why on earth I decided while we were on vacation in the Alps that I absolutely had to have a racing bike, I really don't know, especially since the high mountains have never been my favorite terrain. But my father took to the telephone and on the way home organized a racing bike for me.I can still remember my first ride on that bike. After barely 30 kilometers in a sweltering heat I was exhausted, but proud and happy. I was infected.

Shortly after that I joined the cycling cub RSV Adler Arnstadt, led by Helmut and Jens Böttner. My first real race didn't take place on the road, by the way. Mountain biking was only a training technique for me, my real passion was for road racing. My Arnstadt training group in 2002, under the direction of Erwin Erdmann, also included twin brothers Max and Sebastian May, with whom I later rode on the Thüringer Energie Team. We brought in our first win together and especially with a great team performance at a criterium, and in the next year we won the Thüringen championship title.

But you can't say that I was used to winning from the very beginning. In my first races, especially on the mountain bike, I didn't finish particularly well. That wasn't so important to me, though. I had learned from my father that as long as I had given my all, the final placement didn't really matter. Some of that has stayed with me, even though along the way I had to learn how to give everything and to get the best out of myself. It helps me to deal with losses and to accept when someone is better than me – but it hasn't decreased by ambition and desire to win.

After entering the Erfurt Sport School, I could train better and co-ordinate my training and school, which led to my victory in the 2005 Junior time trial World Championship. The next year I was even able to repeat the title. Winning it again as the favorite was my best and most emotional success to date.

My time at the Thüringer Energie Team was the most important step on my way to becoming a pro. In my first U23 year I rode the Thüringen Rundfahrt along with Tony Martin and gain important experience. I continued to develop in the team under manager Jörg Werner, and we were also a cohesive and therefore successful team. The Thüringer Energie Team was my stepping stone to the pro ranks, even though my last U23 season was anything but good. After a very good 2009 season, I had a lot of bad luck with injuries and illness in 2010 and couldn't show what I was capable of.

Team Skil-Shimano gave me a chance nevertheless, and I was happy that I could live up to the trust they showed in me in my debut season. I ended the 2011 season with 17 wins, giving me the second-most wins of the year behind Philippe Gilbert. My 2011 season was the most successful season for a neo-pro in the history of cycling.

In 2012 I won 13 UCI races. In my Tour de France debut I had to give up on the fifth stage due to an intestinal infection and knee paid. At the start of the 2013 season I sprinted to the win in the second stage of Paris-Nice for another victory in a World Tour race. In 2013 I won the mass sprint of the first stage of the Tour de France in Bastia on Corsica, and became the 14th German cyclist to wear the yellow jersey. This was for me by far the greatest day of my life. It was followed by three more stage wins, including the final stage with the finish on the Champs-Élysées. Winning on the Champs-Élysées is absolutely awesome. It was a dream come true for me. It was the unbelievable crowning of an even more unbelievable Tour for all of us. Not just the yellow jersey, but also the green and the white, four stage wins and a second place for my teammate John Degenkolb.

The very thought that I was able to repeat this fairytale in 2014, wearing the yellow jersey, and winning a total of four stages, including one in Paris, still gives me goose bumps today. I was accustomed to success, but in 2015 a virus and too quick of a return to racing threw me way back. I could still win a few races, but being denied the participation in the Tour de France lost me the chance to bring in more wins in the Grande Boucle. 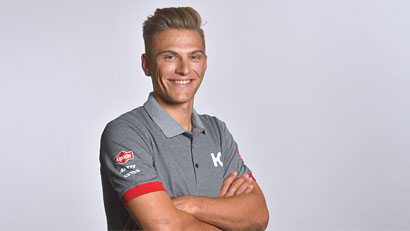