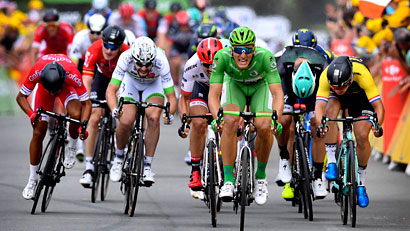 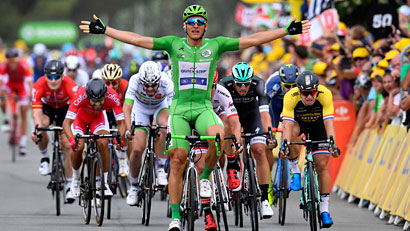 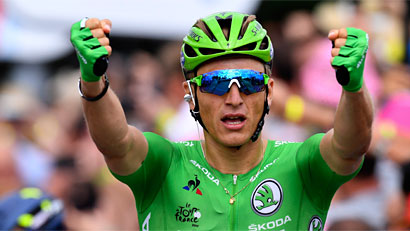 Four stage wins at the halfway mark and the German record

2017-07-11
It is simply unbelievable, to have already won four stages. With 1775 kilometers we are only halfway through the Tour 2017. When it goes good, it goes good. In the finale I once again had a really strong punch. I came from behind and profited from Maclay, who started his sprint early. That was pretty much my lead out. Thanks to the team, who supported me super well again. The mood on the team is sensational, as you can imagine. It is starting to become too much with teh toasting afterwards. After all, we still have some racing to take care of ;-)

I also happened to have set the German record for most stage wins at the Tour. That is something really big. Erik Zabel, who had the record, sent me a message today and congratulated me. I am overwhelmed by the successes. I could never have imagined that things could turn out this way when I turned professional. Like every other kid who rides a bike, I simply wanted to be at the Tour and win at least a stage. Crazy.

Tomorrow there could be another sprint. The stage goes to Pau, but the course could also be windy. We have to wait and see how the race goes.

Until then and also many thanks to all my fans! You give me a lot of motivation.