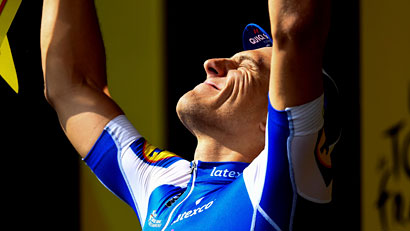 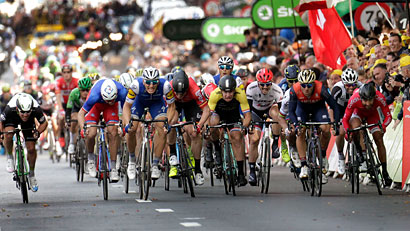 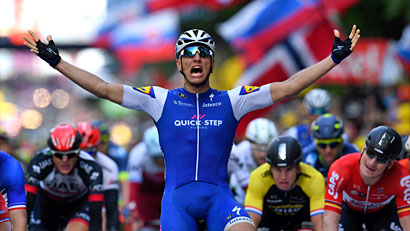 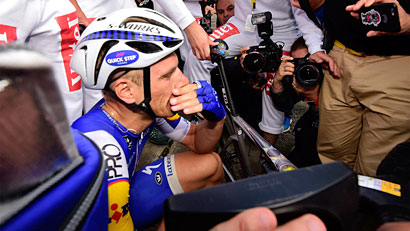 2017-07-03
I am super proud of this stage win. Being able to give the fans a German victory at the Grand Depart in Germany is an indescribable feeling. Despite the miserable weather, there were so unbelievably many people along the course and also at the presentation. Today it felt at times as if we were in a stadium.

After crossing the finish line I was more emotional than usual. I even shed a few tears. That was a great day for German cycling – and for me. It is obvious that German once again has many enthusiastic cycling fans. I can take a little credit for that, along with some of my colleagues, as we have brought in top results at the three Grand Tours, World Championships and Olympics and have fought for a new era, so that cycling can again be seen and accepted as it should.

Thanks to the fans for the great atmosphere.

In the finale, we lost each other, as did other tams. Only Lotto had its full leadout together. I was by myself, had to work my way up and then started the sprint from behind and simply went for it. In the end I won by a bike length. Crazy.

A win at the start of the Tour is of course great. The pressure lets up and you are even more motivated and especially relieved that the form is good.

I am proud of this win and of the fact that many name will always be associated with the Grand Depart in Germany.